Your Soul is Malnourished

Eastern philosophy ask us to pay great importance to the way we keep our Annamayakosha, our body. The Shastra, the Yogis, the Buddhas from around the world said that this body is a temple. Why? Which God does the sanctum sanctorum of our body preserves? It houses the reflection of the Brahma-tatva. The image of the creator is our chetana or what you refer to as the soul. But you don’t realise it. You have only heard it as a fact or you believe in it as an ideology. But most people do not have a clue that a nourished body is just the pre-requisite to tread the path to the state of ultimate awareness. Eating healthy and in moderation, while keeping the body fit, is just the means to make this body a medium to be able to do something much more subtle.

There are three different origin points of Brahmarakshas:

The origin according to Himalayan Siddhas

The Interaction Between Lord Shiva and His beloved consort Mata Parvati

Doing ‘Sadhna’ and ‘Tapa’ is the core of the life of the seeker of Dharm, i.e the truth. The tapa shakti is the food that nourishes the chetana. The Himalayan Siddhas have known this through their experiences in different states of Samadhi. They have passed on the different ways to do Sadhna, for both, the theists and the atheists, through the ancient manuscripts, the ‘Kalp Granth’ which now are preserved in the oldest tradition of knowledge of the Siddhas- The Kaulantak Peeth. ‘Kankal Malini Kalp’ is the one of the key knowledge system that opens the locks within a human that prevents one to do Sadhna. The 12 main Devis in the ‘Kalpa Granth’ give us the doorways to fulfil our role in the grand play of Maya and tell us the route to ‘Jeeva-Mukti’.

Why You Must Do This Course

The Himalayan Siddhas told us that the Universe came into existence from the single point of ‘Ekarnava’. Which implies that everything is interconnected. This is true to the point, that at this time, when you exist on this planet, you have a connection with every living being that exist at the same time on Earth as you. Further, if your understanding is matured enough, you would know that everything happens for a reason. You are led to the knowledge system of ‘Kankal Malini Kalp’, the most ancient manuscript of the Siddhas for a reason. Uncountable human beings are born every day while simultaneously many are turning into a ‘Kankal’, a skeleton everyday. We take birth time and again, pay all the attention to the body, get lost in the play of Maya, while starving our ‘Chetana’ of the knowledge of the truth.

Finally leaving the body again to turn into a ‘Kankal’ only to be reborn.
If the questions such as:
- ‘Jeevan Mukti’
- Raising the consciousness to a highest level.
- Why do we behave the way we behave?
- What prevents us to reach a higher level of ‘Chetana’?
- What are the hurdles to enlightenment and Mukti?
- Which Sadhna or what is the way to attain Mukti?
- We know how to nourish the body. But how to nourish our soul?
- What kind of nourishment do our soul needs?
- How to live well in the matrix of Maya?
- What are the rules of Maya?
- How to live the life of prosperity and fulfilment in Samsara?
The Siddhas answer these questions of the human race and present us with the knowledge of Lord Shiva through ‘Kankal Malini Kalp’. Come and learn about this ancient knowledge of the Siddhas about one of the most secretive forms of the supreme Goddess Shakti and the secrets revealed about the puzzle of life under the direct supervision of the great one, His Holiness, Mahasiddh Ishaputra.

The word Bhramarakshas is the combination of two words- Bhramin and Rakshas. So when a learned, very tamasik and sinful Bhramin dies after doing his obvious evil, tamasic deeds when in human form, falls in the yoni of Bhramarakshas post death. A highly learned individual, who either by the grace of logic, or through the scriptures, or through her/his intellect knows that there is Ishwara or Brahma is a Bhramin. Such an individual knows that evil deeds performed by a learned person results in the yoni of a Bhramarakshas.According to the folklore, the Bhramarakshas lives on the Peepal tree or the Ashwattha tree.

The origin according to Himalayan Siddhas

According to Himalayan Siddhas, when Lord Brahma was creating the dark, tamasic places in the universe, he was thinking of tamas. While doing so, He was thinking of the ‘tamasic purush’. While He was thinking, the Brahmarakshas, the most tamasic purush manifested itself. He was clever enough to become the disciple of Daitye Guru Shukracharya. Under his Guru’s guidance, he did extreme penance of Lord Shiva and gained many boons and siddhis from Mahadeva. On the other hand, Lord Brahma was worried when Brahmarakshas came into existence since Brahmarakshas declared said that on one side there is God and on the other, he himself. He directly challenged Ishwara.

The Interaction Between Lord Shiva and His beloved consort Mata Parvati

On mount Kailash, when Devi Parvati was talking to Lord Shiva about all the tamasic shakti in the cosmos, the Devi asked questions around the different Tamasik yonis. While describing the different tamasik yonis, Mahadeva mentioned Brahmarakshas also.

The Devi then enquires about Brahmarakshas. Lord Shiva told His beloved that there is a separate granth of the same, written by the Brahmarakshas himself- The ‘Brahmarakshas Kalp’. In his granth, he included the details about himself, his ideology and different knowledge systems.

Lord Shiva told Devi Parvati that though Brahmarakshas is an ordinary power, but due to the attributes of extreme tamas and sins, Brahmarakshas is strong. He also told that Mahasiddha Nandi ji is the keeper of the Brahmarakshas granth. Devi Parvati was surprised to hear this and asked the reason for why Nandi ji of all, is the keeper of this granth. Lord Shiva then reveals that Nandi ji snatched the granth from the Bhramrakshas and kept it safe with him, lest it might fall in wrong hands leaving the possibility of creating distortions and havoc in the universe.

Further, Lord Shiva reveals that Nandi ji retained only three chapters around the Tantrik and the philosophy part of this granth that were beneficial and destroyed the rest nine chapters for the safety reasons. We would be teaching you these very three chapters. It contains the information around the Brahmarakshas, who attains the ‘Kaal Siddhi’, Siddhi of time post doing the penance and sadhna of Lord Brahma and Lord Shiva. That is why, he is the protagonist of the Kaliyuga. Brahmarakshas manifested himself as the Kaliyuga. Very few know this truth of Brahmarakshas.

Be careful not to confuse the ordinary Brahmarakshas yoni with The Brahmarakshas. The real Brahmarakshas is only one of its kind. And some have given him the respect of that of a Devata and is worshipped as a Devata.

It is the first time ever that International Kaulantak Siddha Vidhya Peeth is imparting the knowledge system of Brahamarakshas granth- of those very there chapters that were retained by Lord Nandi with himself.

Brahmaraksha occupies a mysterious place in the Tantrik manuscripts and in the Hindu folklores. There are two kinds of Brahmaraksha. One is the rebirth of a learned individual, a Brahmin- the knower of scriptures, who is reborn as a Brahmaraksha as a result of committing evil deeds, leading a tamasik, sinful life. These can be as many sinful Brahmaraksha as sinful Bhramins (not the caste Brhamin).

Another is the one and only one Brahmarakshas that was manifested from Lord Brahma when Lord Brahma was creating the tamasic places in the universe and was thinking of the Tamasic purush.

Lord Shiva also mentioned Brahmaraksha while having conversation with His beloved consort Devi Parvati, as one of the tamasic yonis but a strong one due to its extreme tamas. Mahadeva also tells Devi Parvati about the ‘Brahmarakshas Kalp’ which is now in the safe custody of Lord Nandi ji.

We would be teaching you these very three chapters. It contains the information around the Brahmarakshas, who attains the ‘Kaal Siddhi’, i.e. the Siddhi of time, post doing the penance and sadhna of Lord Brahma and Lord Shiva. That is why, he is the protagonist of the Kaliyuga. Brahmarakshas manifested himself as the Kaliyuga. Very few know this truth of Brahmarakshas. It is the knowledge system from these three chapters (the other nine chapters of the same has been destroyed by Mahasiddha Nandi) of the same granth that we are going to pass on to you in the 7-day course on Brahmarakshas. 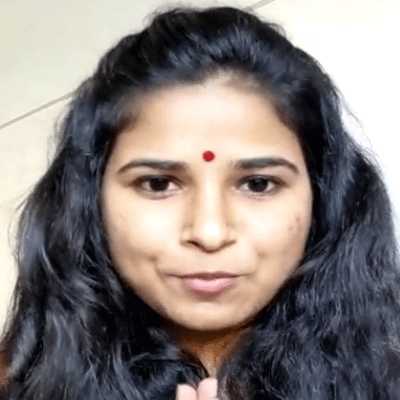 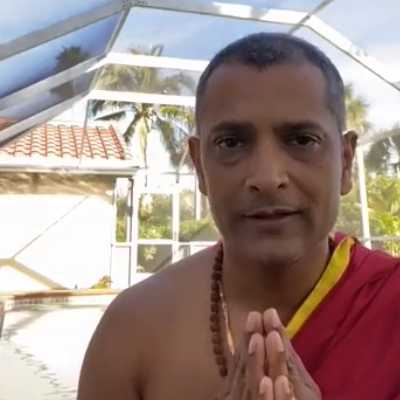 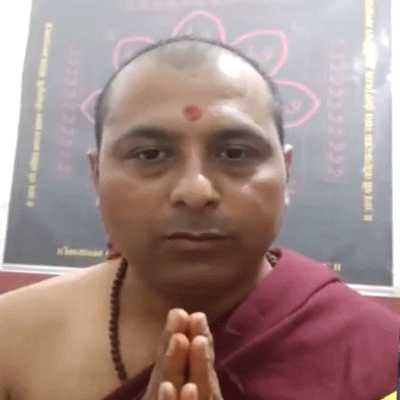 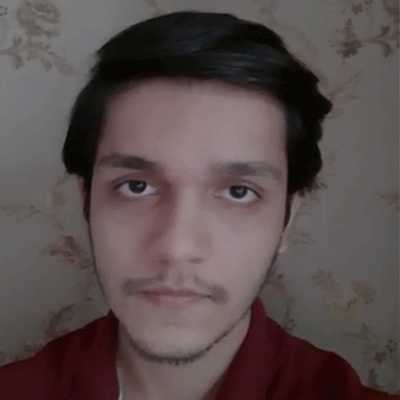 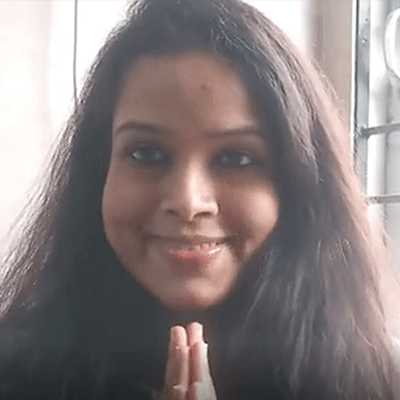 Kaulantak Peeth has safeguarded an ancient library of old manuscripts that safeguards the various knowledge systems of the Himalayan Siddha Tradition. Out of these manuscripts, one is the hidden manuscript of the Kankal Malini Kalp Granth. The knowledge that will be passed on to you in this two days Deeksha camp/ seven days course has been crafted from this ancient manuscript.The manuscripts of Kaulantak Peeth have been written in ‘Kula Bhasha’ in the Tankari Script - The ancient script of the Himalayan Siddhas.

All the courses in International Kaulantak Siddha Vidya Peeth are conducted under the strict supervision of Mahasiddha Ishaputra. Each day of the course is divided into multiple sessions around different practical, philosophical, dharana, Karmakanda sessions. The knowledge around different aspects of the ongoing ‘Knowledge System’ (course) is imparted to you by the Kaulantak Peeth’s Acharya. Most of them are residents of International Kaulantak Siddha Vidhya Peeth.

Apart from the sessions by the Acharya, each day there is an exclusive ‘pravachan’ called ‘Wisdom by Mahasiddha Ishaputra’ on the subject.

Kaulantak Nath, Mahasiddha Ishaputra is perhaps the only Himalayan Mahasiddha left on planet Earth, who is keen to pass on His knowledge as much as possible to the worthy ones.
Meet the Acharya of the Siddha Tradition:

After birth and before the onset of youth, is the state of innocence. During this childlike state, we are beginning to learn about the world. This is the formative stage of Kumārikā to transform into Nitya Kanyā
- Maha Siddha Ishaputra